Act 17:11-12 KJV – 11  These were more noble than those in Thessalonica, in that they received the word with all readiness of mind, and searched the scriptures daily, whether those things were so. 12 Therefore many of them believed; also of honourable women which were Greeks, and of men, not a few.

Recently, we renamed our Adult Bible Study group to Bereans. We’re the same folks, doing the same things, so if you walked in one day you wouldn’t be able to tell much of a difference from a month ago. Mostly, we just needed an easy way to refer to ourselves that had as few syllables as possible.

Paul came to Berea with a message that must have felt like an alien invasion of the mind and spirit. Greek thought, which is still the largest influence in our western mind today, had no concept of a resurrected Savior. A loving and engaged God was not a familiar idea either. What Paul told them challenged the very foundations of how they understood the world. Even for the Jews in that town, Jesus was a radical challenge to how they understood the Torah and the Covenant with Yahweh. Instead of arguing or running, or ignoring – they read their bibles… with ready minds. Readiness of mind is an interesting phrase – it means willing and engaged. God-given intellect, energized by the Spirit, reading the Word – all three persons of the Trinity converging in that small community of people who became believers.

Bereans represent what we hope to be – people who seek God’s Word with minds that are powered by the Holy Spirit. Paul’s message challenged them, and their searching of the scriptures was probably not a casual affair. Most likely, they read intently, prayed and pondered, and probably had some amazing discussions.

We aspire to be a community like the Bereans… but with coffee and donuts. 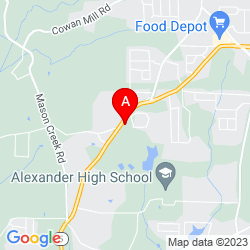